What Makes Smartsheet a Better Place to Work: Q&A with Ted Neward

Ted Neward, internationally-acclaimed conference speaker, author, CTO and more, recently joined Smartsheet to build out a developer relations team from scratch. Below, Ted shares his perspective on “why Smartsheet, and why now.”

Q: What prompted you to come work for Smartsheet?

A: Truthfully, coming to Smartsheet was a combination of interesting factors. First, I had a great view from the inside of the company before I ever started the interview process from one of my students at UW who interned here. He couldn’t speak highly enough of the place. That said a lot to me – if they treat the interns well, I thought, then the people there must be good people, and that’s a big thing for me. I can put up with a lot if the people are good. Considering I did a stint for a year at Pacific Bell, where Dilbert was born, that’s not an idle boast.

From my first introduction to the company, I had nothing but positive experiences. The hiring process was very focused on making me comfortable while still making sure their concerns were met. Now as the Director of Developer Relations, I’ve kind of landed a dream job: I get to speak at conferences, I’m building out a department that will boost the company’s growth curve, and I still get to write code, across multiple platforms, even!

Q: Why does it matter to you to have flexibility when it comes to writing code?

A: I love the different platforms that are out there: the JVM, the CLR, Node, iOS, Android, they’re all so interesting. I like working with all of them, and for a long time I was kind of resigned to the idea that I’d have to give up all but one of them if I went to work at a company.

That’s not the case here. Smartsheet ships SDKs for Java, C#, Node and Python, and the REST API means it’s accessible from anywhere, so long as there’s some way to do HTTP. I’m looking forward to writing a COBOL app for April 1st next year. Or for our next internal hackathon – I haven’t decided which yet.

Q: How is this company different from others you’ve worked for?

A: Smartsheet is the first “product” company I’ve worked for, which is interesting because everything is viewed through the filter of the product – you’re meeting with sales, marketing, customer service, and, yes, sometimes customers directly. Everybody has different ideas of how a particular feature should work, and while that might sound a little scary, it’s actually liberating.

Believe me, I didn’t get it at first, either. But because there’s so many different sources of input as to feature requirements, it means that the developers working on a feature get to weigh in with their own opinions as to how something should work, and will get taken seriously. And the thrill of seeing “your” code show up in a product that you can show your non-technical loved ones, who will finally maybe understand what you do for a living… yeah, that’s a cool perk.

This is a company that has a nice mix of work hard and play hard. If you’d asked me a year ago if I thought I’d be happy at a product company, I’d have told you no; I’m actually quite tickled at the fact that I would’ve been wrong.

Q: What advice would you give to others considering a move similar to yours?

A: Really, the same advice I would give anyone considering a move anywhere: do your homework. Is the position you’re considering one that you’d be comfortable doing for a while?

Me, I needed to have a role that wasn’t going to be the same thing day-in, day-out, so a certain amount of “define for yourself what you’re doing today” was essential for me to be happy.

For others, that’s just a recipe for frustration and disenchantment and departure. Smartsheet is a large enough company to sport a lot of different kinds of opportunities, so if the role doesn’t sound like something that you’re going to be happy with, long-term, say something. “Longevity” is an important part of the process – in my own interview process, they went to great lengths to make sure that I was sure that this role would be something that I could feel comfortable doing for quite a while.

That was refreshing, but it implies that the other side of the table – you – have done your homework to know what’s going to work for you.

Q: Tell us about your goals for the coming year.

A: The latter half of 2016 was about laying down some infrastructure to support what we want to do to put Smartsheet “on the map”, so to speak, as a technical company here in the Seattle area and in the larger industry circles.

There’s a lot of interesting and cool stuff going on internally that nobody knows about – that’s my job, to start bringing that out into the world. We’re hosting user groups here in town, sponsoring conferences (starting with DevNexus in Atlanta in February), getting out to speak at conferences (both myself and some new-hire Developer Evangelists later in the calendar year), starting to put out some articles both on our APIs and on building a platform in general, and so on.

There’s a lot of cool kids working here, and my goal for 2017 is for everybody to realize that, and want to be here with them.

Smartsheet is not going to be a match for everybody, but having been around at a lot of companies, big and small, they’re definitely worth a look, if you ask me.

Want to see for yourself? We’re hiring. 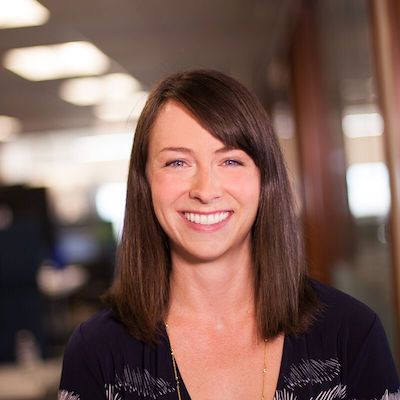