The Smartsheet App Gallery Is Here! 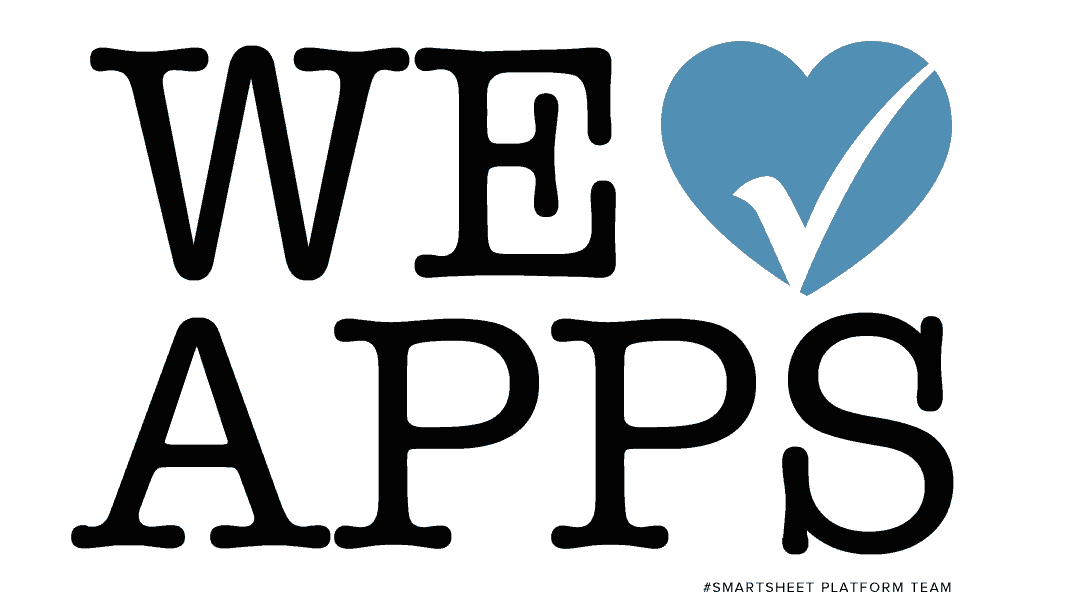 Today, we’re thrilled to announce the launch of the Smartsheet App Gallery, our official directory of apps and integrations between Smartsheet and other leading solutions.  Smartsheet apps are easy to find - now all in one place where you can browse, discover new apps, and instantly test them out.

We are also excited to introduce several brand new integrations with Evernote, DocuSign, Harvest, MailChimp, and Marketo, built by Smartsheet Labs.*   Now you can use Smartsheet to perform valuable business tasks like securing e-signatures with DocuSign,  transforming your Evernote digital notes into project plans, and consolidating your time tracking data in Harvest.

The App Gallery includes some 40 different apps and integrations to help you easily connect Smartsheet with various cloud apps.  In addition to the "built-in" integrations - those developed by Smartsheet - you will also find integrations created by our partners like Backupify, Easy Insight and ClicData.

And we're only getting started. 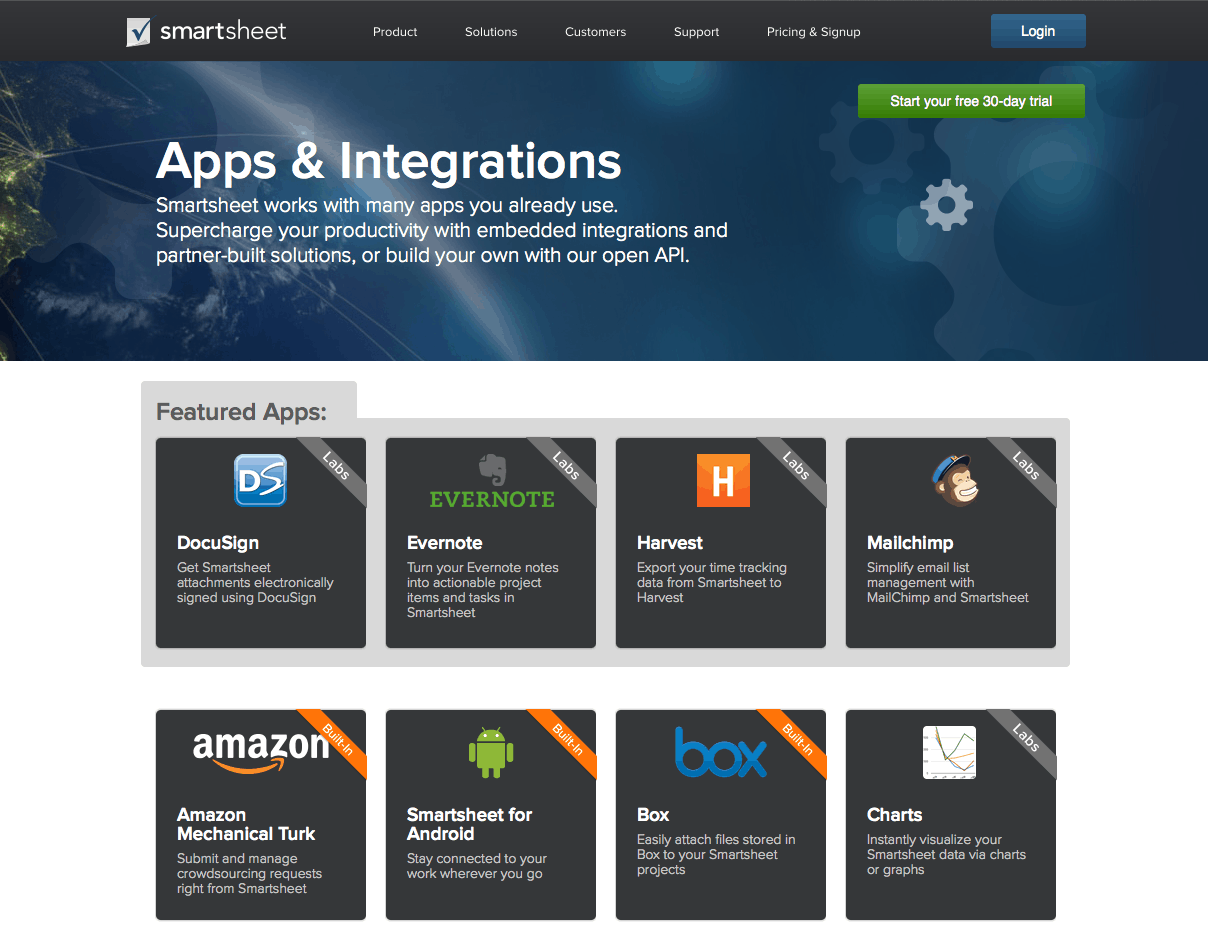 A New Way to Work

Thousands of organizations worldwide use Smartsheet to coordinate all types of work -- from marketing campaigns and product launches to business operations and HR initiatives. This means that the need for product-to-product integrations is huge and the opportunity to significantly improve this experience for our users by continuing to build one connected platform is really exciting.

At the end of the day, we want Smartsheet to be the glue that helps you bind together your online tools and workflow.

We took steps towards realizing this platform vision with the release of the Smartsheet API and more recently Smartsheet Labs. The App Gallery is a new way for you to discover, access and try different apps, integrations and add-ons. 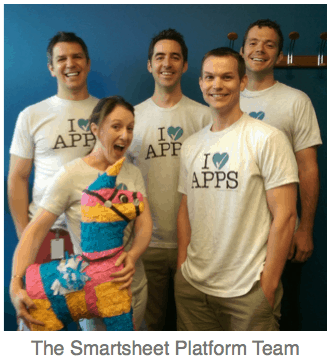 Here’s a quick look at how you can use some of these new apps:

If you’ve got an idea for the next great app to be built with the Smartsheet API, let our Platform team know. If you’re a developer and want to see your app added to the App Gallery, we want to hear from you! Contact the Smartsheet Platform team at techpartners@smartsheet.com.

More About the Smartsheet API and Platform Team