As Smartsheet CEO Mark Mader outlined in his article, Reflections on 2017 - Another Year of Practical Innovation, the Smartsheet Engineering team added several new product features during the year that continue to make Smartsheet an invaluable work execution platform.

As we start in on a new year, we wanted to take a moment and reflect on each of the feature releases from 2017, and highlight what they provided to Smartsheet users. As is the tradition at Smartsheet, for every release we commission a piece of custom artwork that is themed to go along with the code-name for the release. The overall theme for 2017 was speed, so each of the releasing names during the year were things known for speed.

All of the art for 2017 was done by the talented Carissa Weber, unless otherwise noted.

Here's a look back at each Smartsheet app release over the year, the art for the release, as well as some brief highlights. 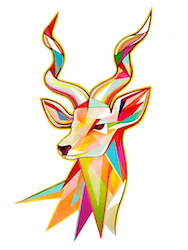 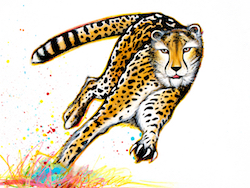 February's Cheetah release introduced Conditional Notifications. This improvement to our notification service allows users to receive notifications about specific changes to their sheets by defining custom conditions to trigger notifications. 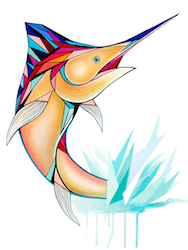 Marlin was the name of the March release. One of its highlights was the launch of our Microsoft Teams integration. The idea for the application was born from the curiosity of one of our engineers, and blossomed into a vital tool for Smartsheet customers using the Microsoft Teams platform. 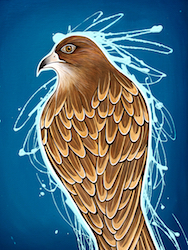 The introduction of Activity Log was the focus of the Falcon release. Activity Log lets users know who has viewed a sheet, what changes were made, and when those activities occurred. 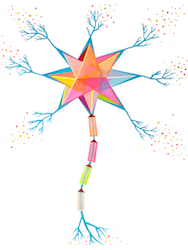 The Neuron release added data validation to columns. This feature allowed sheet admins and owners to restrict values to only those available in the dropbox for that column. 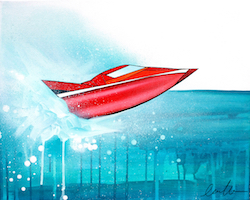 The summertime release of Hydroplane brought several improvements to existing features, including expanding the Activity Log to Sights and Reports. Formulas also received a boost with the introduction of in-line formula help. 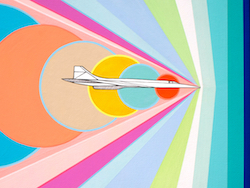 In preparation for the bigger Endeavour release, Concorde addressed several bugs and launched a beta version of the Notification Center to a small group of users in our new Early Adopter Program. 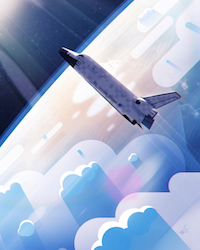 The top feature for the Endeavour release provided Sheet Admins and Owners the ability to send notifications to recipients who were not shared to the sheet.

Also, a new artist was featured for the Endeavour release. Seattle-area artist Nolen Lee created this piece of the space shuttle leaving the Earth's atmosphere. 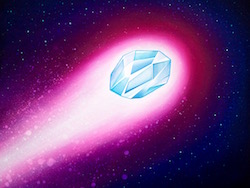 September's Comet release included features that were announced at our Engage customer conference. Included in those announcements were several major updates to the Smartsheet mobile applications.

The highlights of the mobile features include a redesigned Home experience, moving to a bottom tab tray design for easier and faster navigation; push notifications for mobile and Notification Center; and Mobile Sights. 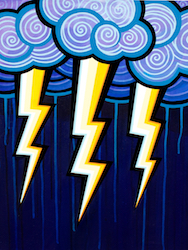 In the Lightning release, the Notification Center received more improvements. Namely, users could now filter out Update & Approval Requests from the rest of their notifications. 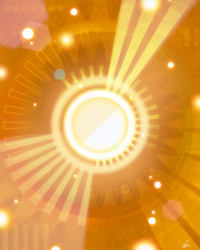 2017 ended with the Photon release, which included more additions to the Notification Center service, namely the inclusion of Sharing notifications. The art of Photon was also done by Nolen Lee.

As you can see, 2017 was a productive year for Smartsheet Engineering. We're looking forward to building on last years improvements and releasing even more features with greater impact to our users in 2018.